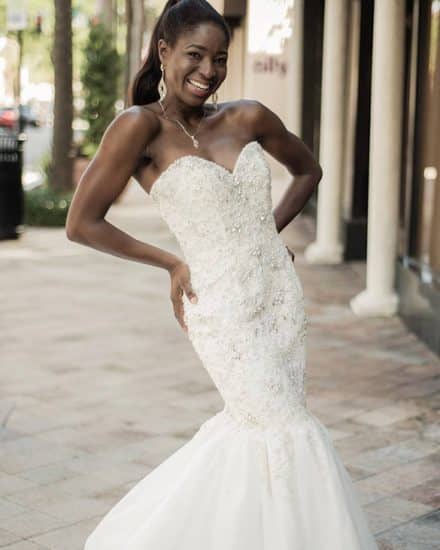 Ingrid’s beginning in fashion started at home as the youngest daughter of a tailor. She was always intrigued by the designs her dad made from a piece of textile into the most elaborated and the most simple wearable clothing. Her father’s love for fashion in his own unique way was passed down to her. Her dad is Mr. Best Dressed in Ingrid’s eyes. Because of him she have always had an eye for quality over quantity in every piece of clothing she wears.

Also, as the youngest daughter of a hairstylist, Ingrid’s mother’s profession was passed down to all of the girls in her family as they all had to be part of the family business. She had the pleasure to see her mother and oldest sister make people’s hair. No matter the hair texture or occasion, they always looked amazing. Ingrid’s mother has a impressive way of carrying herself with distinction and effortless elegance.

Aside from her parents, Ingrid’s sister Mayra is her role model. Mayra worked with many designers and made Ingrid fell in love with the fashion world by introducing her to beauty pageants, fashion shows and modeling. After that their was no way out for Ingrid, she was enchanted by the industry and she is loving every minute of it. Mayra saw her progress and determination and placed Ingrid at the helm of Fashion Night on Brickell.

Ana is the voice of reason and Ingrid’s best friend. She has taught her how to be professional and realistic as the fashion world is not always glamorous.

Ingrid’s sister Marianela is a free spirit woman with a very outgoing personality that makes her glow and be noticed, from her Ingrid learned to always be herself.

Ingrid took it a little further by enrolling herself in modelling and etiquette classes.

Today Ingrid works with designers as a model and casting director. She has been part of music production, assisted women by choosing their wardrobe for beauty pageants, business and private life. She coaches male and female models on how to walk and conduct themselves in the fashion industry. She is a business woman in charge of Fashion Night on Brickell. Ingrid believes the best is yet to come.

For additional information about Fashion Night on Brickell or if you have any questions contact us.